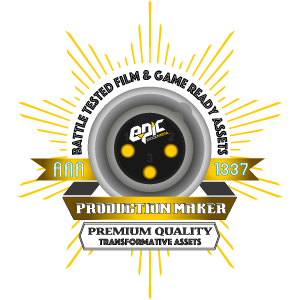 Since we we’re already in the process of crunching some numbers (sound effects product sales statistics) and tallying the “votes” of our customers to track our most popular sound effects libraries, we thought it would be the right time to introduce you to this year’s Epic Stock Media Production Maker Award Winners – The best sound effects libraries of the year.

Each year Production Maker Awards go to a select group of audio products that have proven themselves to be truly outstanding. The Production Maker certification is our way of recognizing digital content assets that are preferred by professionals, that performed best in the marketplace, offer exceptional value and are proven, battle tested film and game-ready resources that will “make” your creative production. Like last year the selected titles are based largely on number of units sold. Think of it as a rating of popularity in the market. Plus, we organize those sales stats into the categories we set out for this year’s awards. 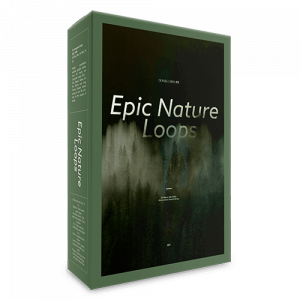 This powerful collection of organic sounds and ambient backgrounds has proven to be our best selling organic / ambient sound effects library now for two years running. Perhaps because it’s a great value with 70 tracks of sound for under $20 dollars. More likely, we understand from customers that Epic Nature Loops is a go to resource for building a foundational bed of background sounds on which to create dynamic soundscapes and scenes. Particularly popular with game producers too. 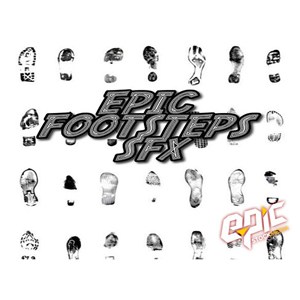 At Epic Stock Media we’ve been offering mini-packs since our humble beginnings. Yes, our beginnings were quite humble. Mini-packs are usually a subset of a full sound library, value priced and curated into a cohesive topical collection. For the first time this year, we are calling out a mini-pack as a Production Maker Award Winner. Epic Footsteps SFX was chosen based on its consistent performance with the game developer crowd. Congratulations to Epic Footsteps SFX which out shined several other mini-packs to take the cake as a Production Maker Award Winner. 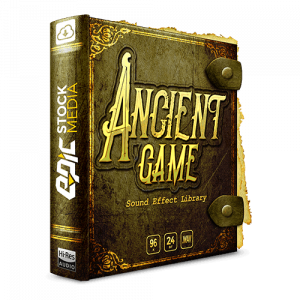 Last year we identified Ancient Game as an up and coming “industry standard.” Today, it’s safe to say that the voters have spoken and Ancient Game has arrived as a modern standard for sound effects libraries for game makers, game developers and producers – particularly on Unity and Unreal Engine platforms. With 1500+ designed and source sounds, Ancient Game’s film and game-ready audio assets have earned excellent user reviews and a five star rating. “They’re perfect quality for an RPG or even a Diablo-style game,” says one developer, and others concur as Ancient Game was one of our best selling single SFX libraries across all categories and channels. 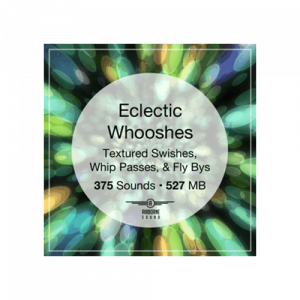 As a sound designer or audio supervisor you might not ever have enough good whoosh and fly by sounds in your SFX arsenal. The folks at Airborne Sound would agree. The Eclectic Whooshes collection has proven itself as a potent remedy to making motion making sounds. An excellent value with a price tag below $20, plus top quality with all 96k 24 bit sounds at hand, makes this pack quite compelling. Congratulations to Airborne Sound and Eclectic Whooshes you are an Epic Stock Media Production Maker Award Winner. 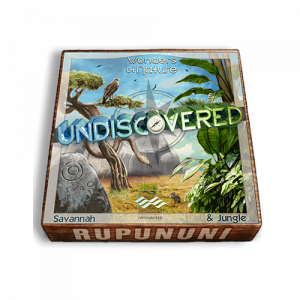 We all probably take it for granted, the lengths that sound designers and recordists will go to in order to capture the perfect recording. In fact, what’s amazing is how inexpensively we can purchase sounds collected at sometimes great expense and effort and in ways we could never do ourselves. That’s why we created the Overlooked category for recognizing a sound FX library that is truly unique, prohibitively difficult to create on your own and a hidden treasure. From our perspective this is a sound library worthy of consideration for almost any project. Imagine what it would take to capture these desert savannah sounds by yourself. Our unsung hero on the Epic Stock Media Marketplace: Undiscovered (You could say that Undiscovered is undiscovered! It’s only a coincidence about the name. Really!) 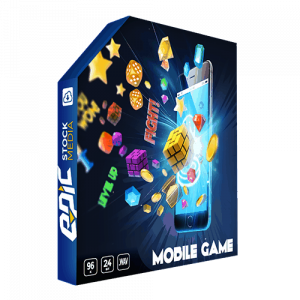 This year at Epic Stock Media, Mobile Game Sound FX Library turned in a shining performance that overshadowed last year’s leader, Advanced Game Sounds by a fairly decisive margin. The flexibility and expressiveness of Mobile Game was proven to be valued by game developer’s and sound designers across the globe including in Finland, South Korea, Germany and Japan, with approximately half of the units sold being purchased outside of the USA. With 2.5 Billion smartphones on the planet, and the Mobile Game industry being estimated at $46 billion… from a sound designer perspective, and as a tool of the mobile game trade, there’s no question this sound effects library will pay for itself over and over.

Tracking Some Trends in Sound Effects

If you are wondering what kind of SFX Sound Designers or Game Developers were buying last year, the Epic Stock Media Production Maker Awards are a pretty good indication. Because our list of winners is based primarily on unit sales (popularity), the tally tells us that sound designers, producers, game developers are finding value in these sound library categories over others. It’s clear that more and more producers prefer to obtain sound effects in RTU-OTB (ready to use out of the box) formats vs. raw source or formats requiring a lot of processing. With the largest segment of registered users at Epic Stock Media identifying themselves as either Sound Designers or Game Developers we believe they are endorsing the use of film and game ready assets as a time saving and cost effective way to move an audio project forward.

We’ll endeavor to honor our most recent award winners by keeping them more or less on sale throughout the rest of the year and look for the Production Maker Award Winner badge proudly displayed on their product pages. With new offerings in store from GlitchMachines, Articulated Sound, SampleTraxx, 3Maze and others, the competition will be even greater. Keep on listening here at Epic Stock Media to find out what happens next.