SOUND PACK SALE!
Over 20 popular sound packs from 2022, deeply discounted, and 50% off for a limited time — USE CODE: GOODBYE22 at checkout! 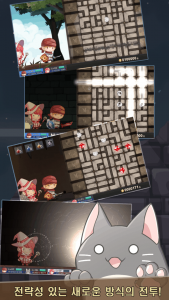 Here at Epic Stock Media, we consider it a privilege to work with multimedia producers across all spectrums of the music, audio, film and game industries. It’s people like you that inspire us to level up and make products that inspire creativity.

One such example is WIDStudio, a game development company based in South Korea that has released a new game entitled Fairy Knights (Knights of the Elements). The music and sound effects in their new game are from Epic Stock Media sound libraries and were taken specifically from sound packs like; AAA Game Music, Fantasy Game, Vibrant Game and Game Makers Sound Effects Kit.

We thought it would be helpful to our readers to highlight some of the projects created with our products so we recently conducted an interview with Junho, Lead Game Developer of WIDStudio, to find out more about the studio’s newly released game.

Q: Tell us a little about your game project, Fairy Knights?

Junho: Well, to put it simply, Fairy Knights is a classic Japanese-RPG-styled (JRPG) game built around a fantasy-themed storyline coupled with a strong character development attribute that gives players an enjoyable and well-rounded immersive experience. We feel that “Fairy Knights” sets itself apart from other RPG games by integrating a myriad of elements borrowed from different game genres. For instance, we included strategy and puzzle solving components into the gameplay as opposed to relying purely on battle scenes to move the game forward. This is relatively uncommon in RPG games.

We also injected a sense of humor into each character to make them appear more interactive to the players. Then of course, we have the usual assortment of weapons and skills and magical effects that is quite typical of most fantasy-themed games. We wanted to give gamers a fresh experience, but not one that was so uniquely abstract that they would find themselves in unfamiliar waters where more time gets spent on trying to figure the game out instead of enjoying it from the start till end.

Q: What are some of your inspirations to create this game?

Junho: We initially started working on a puzzle-styled game, similar to “Pipe Dream”. When I saw the completed design of the proposed game character, “Digi”, I decided that a RPG genre game would be more suitable, so I revised the storyline and we started heading in that direction. We eventually chose to create a game that had a thorough story plot and in-depth character development; a common trait of JRPG-genre games. We were adamant on capturing the player’s attention and did not want them to feel like this was just another mobile game available on the market.

Q: What about your workflow and how you conceptualize the games you make?

Junho: I keep a daily journal of sorts, that allows me to pen down whatever ideas I have for the game that come to mind. I then proceed to analyze and revise these ideas and discard whatever isn’t feasible or wouldn’t work. I repeat this organized process until I have a clear and concise framework or concept that is ready to be laid out in storyboard form. When that is done as well, and the team is agreeable to everything, the game development starts… the fun begins!

Q: How did you test your game ideas to ensure that they would be well-received?

Junho: Nothing too scientific here. I simply showed my friends what I was working on and obtained their honest feedback! I then proceeded to make changes from there. We can always learn from the comments of players. We listen to them.

Q: Tell us about the WIDStudio team and who you actually work with when building games?

Junho: The team is really small, so we have to wear many hats. The game production team consists of myself and a designer. We have a few others that help from time to time. The designer is basically responsible for all the game related graphics, while I focus mainly on all the “moving” components. This includes obviously, the programming, the animations, the special effects and more. Needless to say, the music and sound cues came mostly from Epic Stock Media. Thank you so much for providing high quality audio assets. They were a great help in the developmental process and saved us much time.

Q: Do you have any advice for aspiring game developers out there? 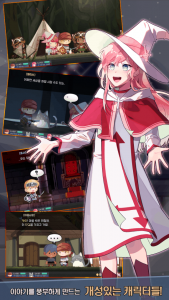 Junho: Honestly speaking, I don’t feel like I’m in a position to give a lot of advice as a game maker. Even with the success of Cat in the Woods, we are still building credibility as a game studio so maybe I can offer some tips as a game programmer:

• Create as much as you can. Expand your network and gain as much exposure to what’s available on the market

• Familiarize yourself with the various components of game development, and not just the aspects you are interested in. This includes the sound, design, UI, UX, marketing, monetization of the product, business plans and generally all aspects of game making and selling.

Q: What tools or programming languages would you recommend aspiring game makers to master?

Junho: For this game, I specifically utilized C++ as a programming language. The supporting software I used includes Spine Animation Tool as well as the Cocos2d-x Game Engine. That said, I intend to rely more on C# and Unity (engine) for the next project, so I suppose these will be my main recommendations.

Q: So, what exactly is a Fairy Knight?

Junho: Unfortunately, we cannot reveal that as it would involve spoilers that giveaway the game’s ending! In a nutshell, the mission of the game revolves around characters discovering a royal kingdom with a dark secret. The decisions made by the characters through the player from there, it will determine the fate of this very kingdom.

Many thanks to Junho of WIDStudio for providing some insights into indie game making. Fairy Knights is available on Google Play and the iOS App Store. Below you can find links to the resources mentioned in the story. Keep up the good work everyone!

Editors Note: As practicing designers and producers ourselves, we know the importance of music and SFX in projects such as games. That’s why we are always interested to learn about what users are creating with our products and how they do it. Be sure to let us know about projects you’ve made with Epic Stock Media content. From time to time we’ll highlight it here. Let us know at: info at epicstockmedia.com.

Resources: List of sound effects and music libraries used in the production of Fairy Knights

0
View details
My cart
Your cart is empty.